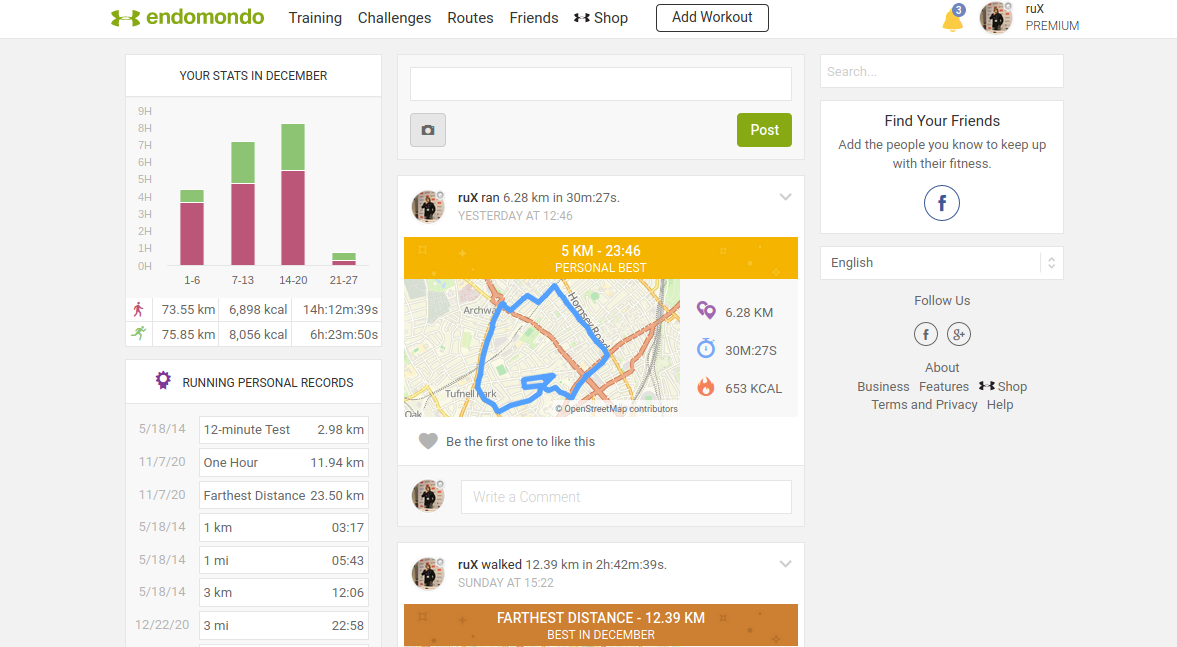 In April 2014, I recorded my first activity with Endomondo. Back then, I was the chubby thing, mostly neckless, with the large hanging stomach. I had Subway and sweet soda for lunch at best, but the preferred option always was KFC deep-fried chicken.

Back then, I still didn't care much about my health, but I started to suspect that something is not entirely right. Two other passions met each other and actually enabled a log way to change things for the better. First was Location-Based Services, I like the idea of recording and mapping my activities, see my moves and squeeze intersting insights out of it. The second passion is long walks, it's the only physical activity I used to accept. Long walks help to clear mind, give me a reason to dial friends and family, and a good excuse to listen to the hours of podcast daily.

Endomondo quickly became an essential routine my walks longer than ~1km. I was obsessively tracking every single activity, soon after - I got into the gym, just to feed app with kilometres ! App actually helped me to keep up with goals. It didn't take long before I started to pay for the subscription, in retrospective it was probably one of the first-ever subscriptions I got for the software and I was paying since then until now.

I hope I made my point clear: I like Endomondo and appreciate that the app helped me become physically active.

Look back at 6 years with Endomondo

Interestingly, the whopping 8,400km were walked.

Probably this is the most exciting part where all recordings paid off with cool charts.

In 2020 because of lockdown and lost weight, I started to run a lot. Since summer I managed to run 10 half-marathons, that's something I could not do previously.

The years with highest durations are actually years when I travelled a lot. For me, travel is equal to long walks (20km+ /day)

In 2018, where my weight reached its climax of 105kg, I realised it's not acceptable. I started to track what I was eating meticulously with MyFitnessPal and got a very good sense of the calorie density. Fast forward two years after my weight is 75.5kg

About the Endomondo application

That company was aquired by Under Armour, the athlete clothing giant in 2015. That affected the further development of the service. As for user I can only recall one slight reskin makenig app look more flatten. No changes in functionality since then. In honor of Android version developers I have to admit that it's probably the most stable app on my phone. It's virtually never crash even under heavy use during travel. If it did, it never lost recording.

I already have moved to the Strava, where most of my mates are. Endomondo will remove all data soonish, and the only memories of it will live in my blog, here :)